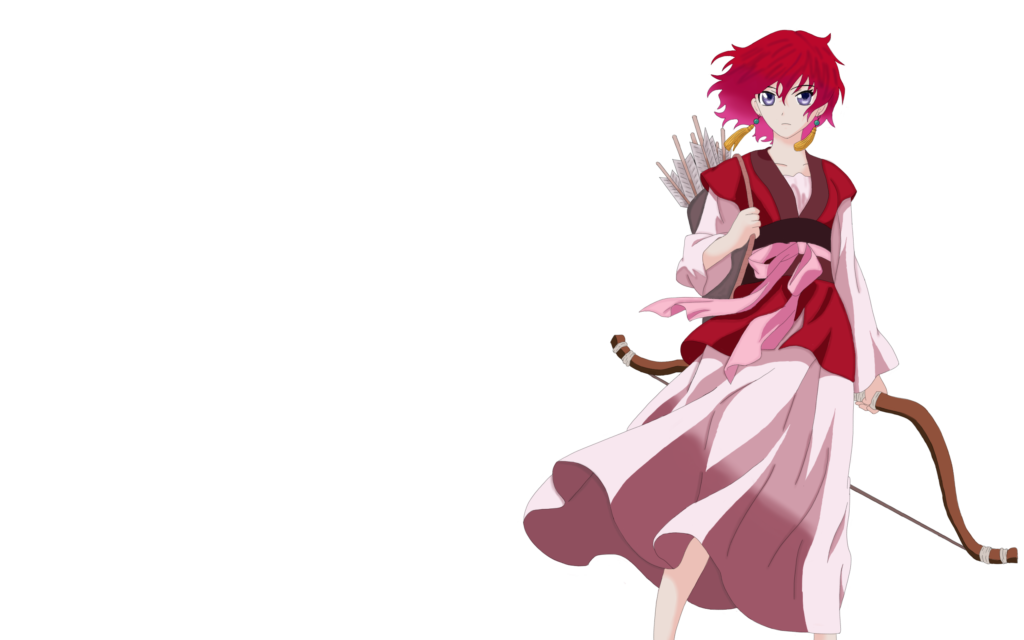 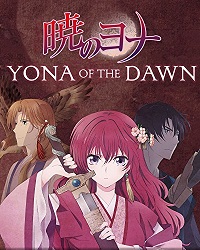 Story Time: I’ve already seen the anime in full. Unfortunately, it was never finished so the only way to find out the ending is to read the rest of the manga. So I know what happens up to a certain point and in starting the manga, it’s been faithful to the anime so far (a few moments were switched around but it doesn’t affect the story greatly), there’s not much to compare so I will be just going to review the anime then I’ll transition over to reviewing manga in more of a book review format once I reach the cut-off point. If there are any differences down the road, I’ll put them before the episode review.

In this Korean/Chinese culturally-influenced world, Princess Yona of the Kingdom of Kouka has lived a peaceful and luxurious life, completely sheltered from violence and poverty as ordained by her gentle father, the Emperor il, for the outlaw of war and a kingdom of weapons to be forbidden. But Yona suffers a devastating transpiration on her 16th birthday as her father is murdered by her cousin Su-won. Suddenly having to flee her home and livelihood with her childhood friend and bodyguard, General Hak, she discovers her beloved kingdom isn’t what it seems to be. With corruption running rampant and Su-won plotting to become king however necessary, Yona and Hak must venture for help to reclaim the throne. If there be war, so be it. 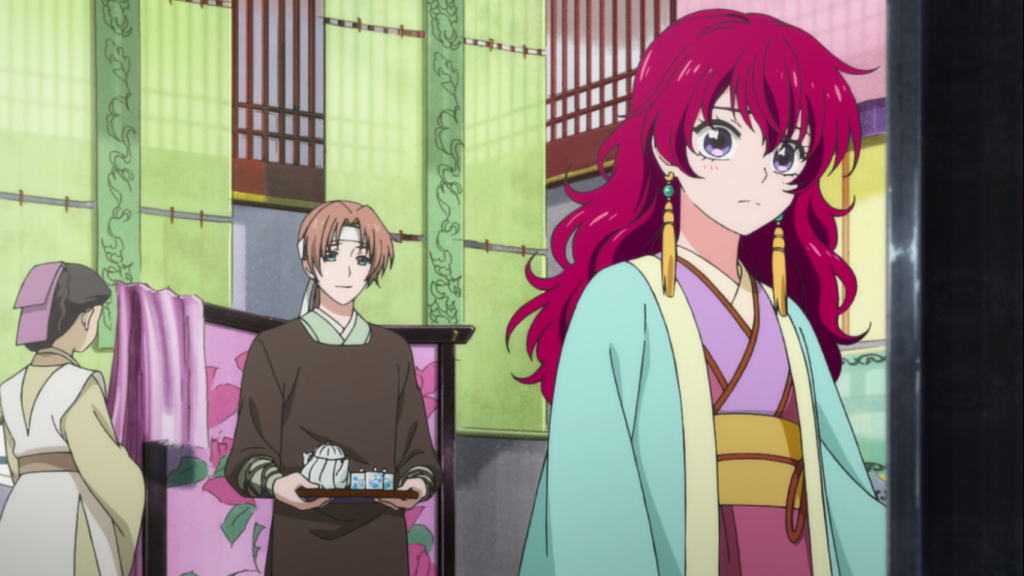 All right, there is one difference and that’s the very beginning. Story-wise, it doesn’t make much of a difference but nonetheless. The anime decided to introduce us to Yona all ready about to confront an army that, assumingly, was sent by Su-won to start a war with a neighboring country with her comrades in tow after having to flee but they’re all in shadow since we’ve yet to meet them or know of what importance they bring. Then flashback and Yona narrating her past. Now, this isn’t much of a problem for me, being thrown into the chaos alongside these, for now, mysterious characters is intriguing enough to want to know all the more about them. So I think for an anime, a young girl who’s a princess in hiding about to take on an entire army while hearing her tell us how her life came to be what it is, being the first thing we see before the opening is a great hook.

This first opening is wonderful. The instrumental music is a bold choice, uniquely epic and very grounded in its historical influences and setting, I love the erhu (Chinese instrument, sounds like a violin) especially but I love violin music regardless. The visuals are no slouch either. The silhouettes fading between each other,
Yona’s beautiful Diyi and Fengguan, 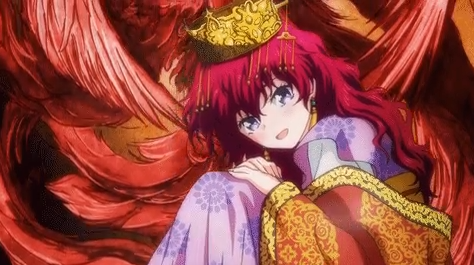 we got our classic personality character profiles, some traditional Chinese dragon lore is in connection, 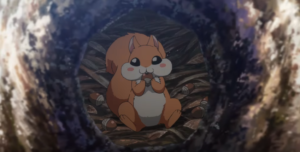 this adorable squirrel,
then we see meet the antagonist, and a closing montage of which I am not a well-suited enough analyst yet to break down, I just think it’s awesome. Maybe go ask Mother’s Basement, he’s better at it.

Sooo yeah, this first episode has a slow start, the majority of it is just pre-hardcore Yona being a whiny, immature brat. Which hinders the tone a bit but it’s mostly played up for the comedic moments. You can tell it’s gonna be one of those anime that flip between serious and comical at the flick of a coin, which is also faithful to the manga. It doesn’t take itself too seriously, and when it does have to be serious it goes all the way and stays focused, and then gives us a laugh to break the tension. It’s well balanced, there’s some political talk, some worldbuilding, of course, character introductions as well as some backstory, and that’s all you can expect from a pilot episode. When it picks up towards the end, it’s amazing, I was just as shocked as Yona when she opens that door, (which is also why I didn’t include the trailer in the calendar post) Hak’s fighting skills are awesome, and no time is wasted on establishing Su-won as the bad guy and the beginning of Yona’s mental shutdown as a result. 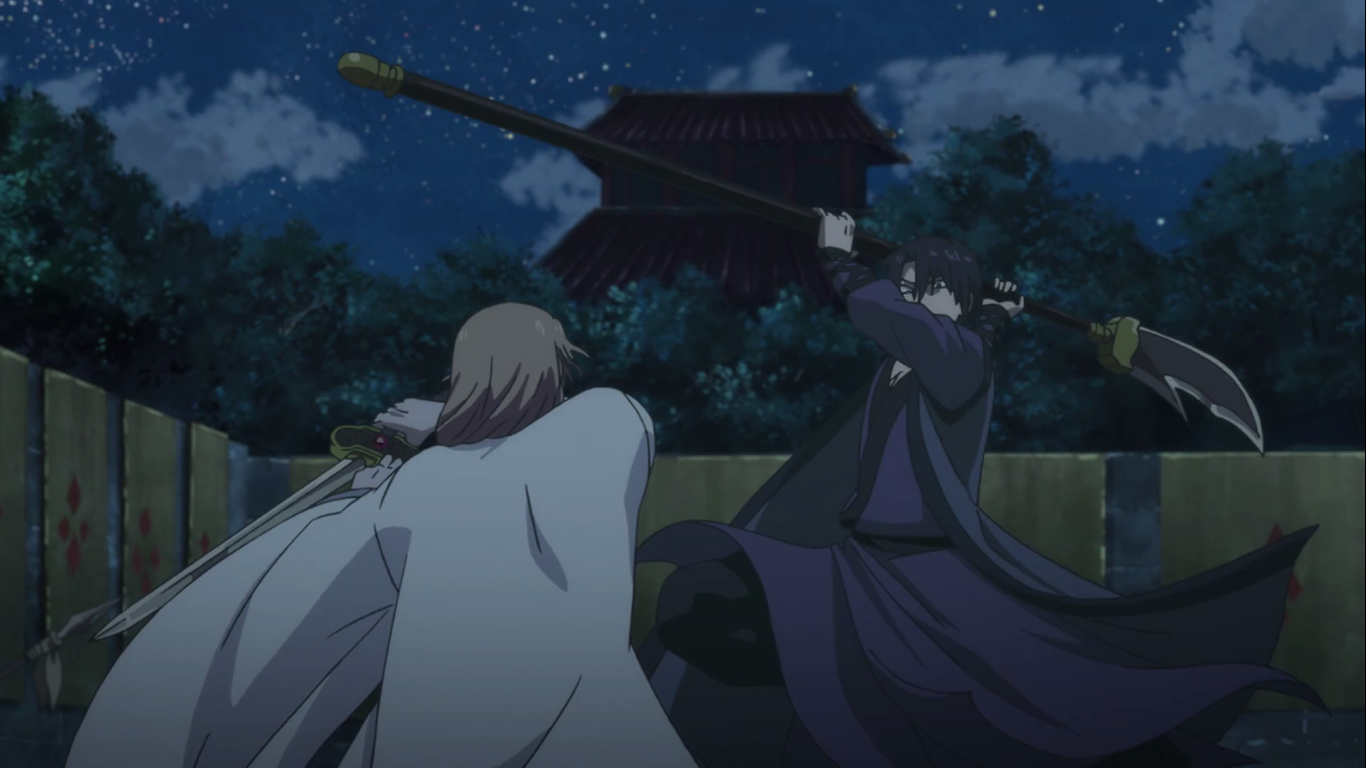 Manga Chapters: The first 8 minutes does a small recap and covers pgs. 11-21 of chapter 1 then continues into chapter 2 (second half – 18pgs.)

This is one of my favorite episodes, mostly for the bookending of returning to fierce Yona taking down the army and points to Monica for her incredible voice acting. She distinguishes her voice well enough to sound more confident in contrast to her naive higher-pitched (Mira Jane) voice. Ugh! It’s just so exciting! Hak is a wonderful character, I love how chill he is yet when it’s time to get down to business, he’s scary-serious. So we have some awesome fight scenes and all while Yona is still in shock, they manage an escape.

Also, a moment of silence for the MVP of this episode: Min-Soo. 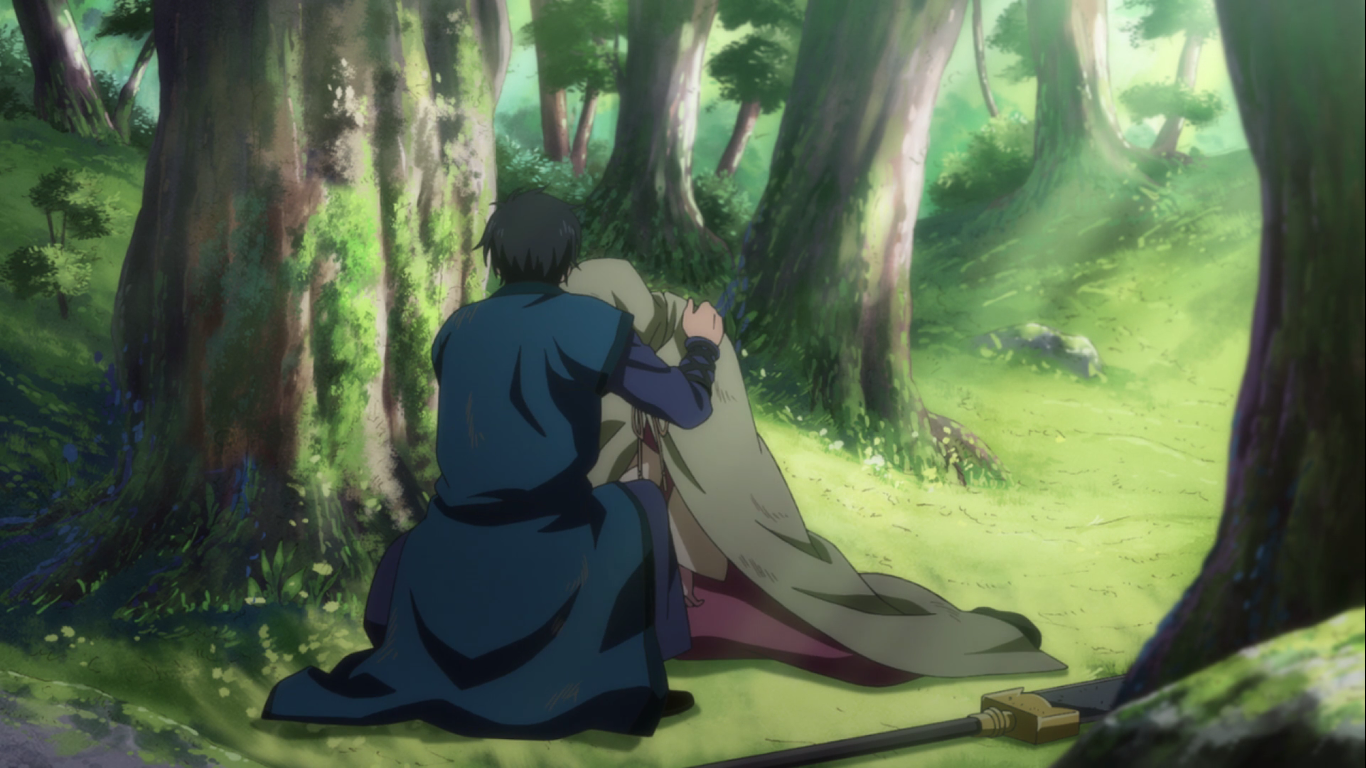 Manga Chapters: The first 10 minutes cover the entirety of chapter 3 then continues up to pg. 27 of chapter 5.

Mostly a flashback/backstory episode. We see an inkling of a more confident Yona. How Hak came to be Yona’s bodyguard. As much as he tries to cover up his feelings, he does care about her and he’ll always be there if she’s in danger. Su-won, Yona, and Hak as children growing up together, seeing their friendship and how different each of their parental relationships are and how that affects them (and changes them when they grow up), especially Yona’s. We also see Hak’s anger to Su-won’s betrayal and for how much it’s affecting Yona. For having such a close friendship when they were kids, Hak’s anger and Yona’s mental shutdown is understandable. I don’t hate Su-won yet, I’m just curious about his plan…

“It’s gone. The sky we watched together that day. I’ll never see it again.”